César Baldaccini, better known as César, was born in Marseille in 1921 in the Belle-de-Mai district. He first attended the School of Fine Arts in Marseille and subsequently the National School of Fine Arts in Paris until 1948. Trained in traditional techniques of sculpture, the artist begins to use recycled materials for economic reasons. Later, he will say: "Carrara marble was too expensive, old scrap iron was everywhere. I became a sculptor because I was poor! ". In 1948, César discovers the technique of the autogenous welding. From 1949, the sculptor starts making zoomorphic and anthropomorphic works in Provence, essentially composed of metal sheets, plaster and wire. In 1954, Lucien Durand Gallery presents the first solo exhibition dedicated to the artist in Paris. On this occasion, he displays his know-famous "Poisson", a monumental work of 3.40 meters long, which will be subsequently bought by the Musée National d’Art Monderne. With this innovative sculpture, the artist wins the "Collabo" Prize at the National School of Fine Arts in Paris. That same year, he sets up his workshop within the metal furniture factory of Villetaneuse. While visiting a breakage in Gennevilliers in 1958, César discovers the hydraulic press and is then captivated by the power of this American machine capable of reducing a car to the shape of a cube. This discovery represents a turning point in his artistic career. Hence, he makes his first Compression, largely inspired by Duchamp's "ready-mades”. In this series, César uses our daily life objects in order to put a light on mass consumption and industrialisation. He exhibits his famous compressed cars at the Salon de Mai in 1960 and receives an invitation to be part of the New Realists (Nouveaux Réalistes) group on October 27, 1960. The movement brings together Pierre Restany, Yves Klein, Arman, Raymond Hains, Martial Raysse, Daniel Spoerri, Jean Tinguely and later Niki de Saint Phalle, Mimmo Rotella, and Gerard Deschamps. The group emerges in reaction to the abstraction advocated by Abstract Expressionism in the United States and the School of Paris’s (École de Paris) traditionalism. The human body is also a key theme in César's work. During the exhibition «La Main, de Rodin à Picasso», organized at the Claude Bernard Gallery in 1965, the artist discovers the pantograph and makes his first Empreinte Humaine (Human footprint), consisting of enlarging anatomical mouldings. Inspired by Julius Caesar’s myth, according to which the Roman Emperor used his thumb to indicate the gladiators’ fate, the artist creates the first replica of his own thumb. For this series, he later produces a thumb of 12 meters high, today presented to the public at the Esplanade de la Defense in Paris. The Compressions undoubtedly remain César’s most famous work. However, in his different series the artist plays with contradictions. His Expansions, composed of polyurethane foam, lead to new artistic experiments based on the expansive properties of the substance. From 1968, the artist produces several international Happenings during which he pours directly the polyurethane foam onto the floor. The public, witness of the process, is eventually invited to leave with a piece of art. In 1970, César is appointed professor at the École des Beaux-Arts in Paris and teaches there until 1986. In 1976, the sculptor produces a first version of the trophy awarded during the César du cinéma, the ultimate prize for actors and actresses. However, he makes a beautiful and now famous compression the following year, which is still the prize’s symbol. The septuagenarian artist is chosen to represent France at the 46th Venice Biennale in 1995. His work "520 tons" - a 7.40 meters high Compression - occupies the entire exhibition hall of the French pavilion. Pierre Restany, art critic and founding member of the Nouveaux Réalistes’ movement, will describe his work as "a poetic recycling of urban, industrial and advertising realm". César dies in Paris in 1998. 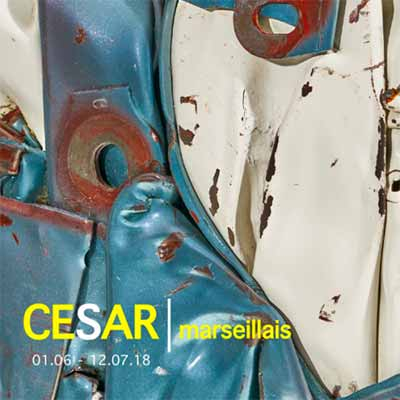 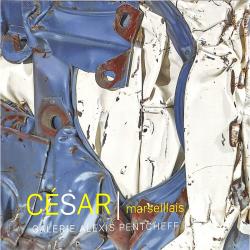 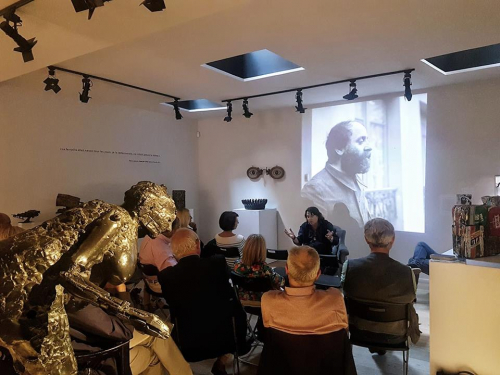 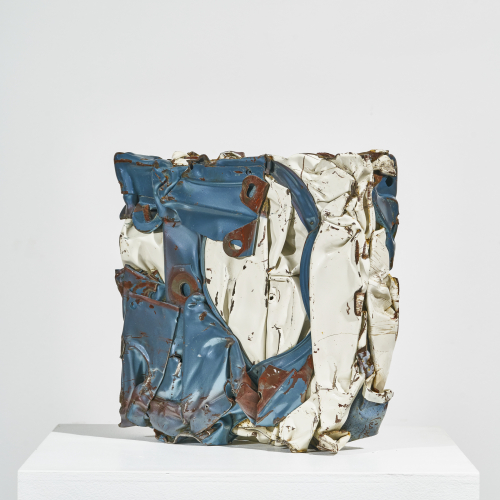 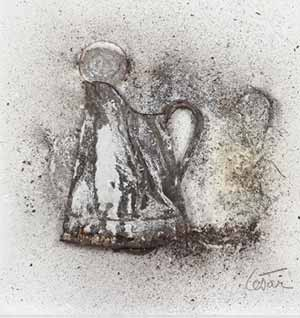 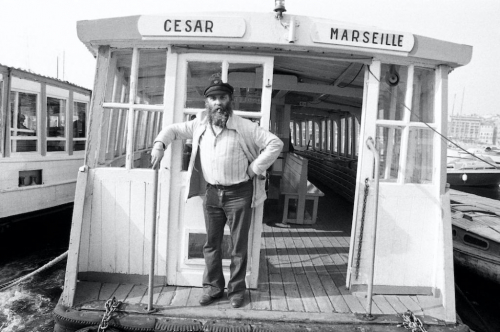 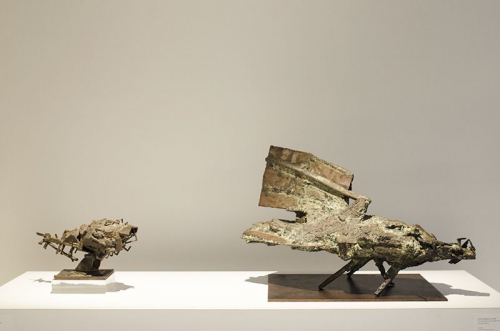