Following a trip with his grandfather to Aix en Provence in 1949, François Aubrun discovered a whole new landscape, very different from his native Hauts-de-Seine.
He later settled at the foot of the Sainte Victoire, in the small village of Le Tholonet, where André Masson already lived.

As a young man, Aubrun had followed the teaching of Jean Souverbie and the sculpture classes of Paul Niclausse at the Académie de la Section d'or in Paris in the early 1950s. Then he entered the School of Fine Arts.

The discovery of the Aix landscape, which Cézanne had already carefully observed, was a revelation that led him to a plastic exploration that questioned all the dimensions of light, transparency and matter. An intense poetry emerges from it.

In Aubrun's painting, the physical elements of the landscape (the river, the mist) find a plastic path (liquidity, fluidity) that leads them to a more conceptual idea (the feminine). Overcoming form to focus his research on color and matter, Aubrun does not consider himself an abstract painter. Working as closely as possible to nature, he seeks to concentrate its forces and essence in his canvases, an approach not unlike the fundamentals of Asian painting.

As his career progressed, his chromatic palette faded to white, black and gray.
Towards the end of the artist's life, his research focuses more particularly on black, which he deploys in all its tones, seeking in the superimposition of layers of material and in the brushstrokes the emergence of light and transparency that have been the main threads of his plastic work.

Aubrun divided his time between creation and teaching, teaching painting at the University of Marseille (Luminy site) and then at the School of Decorative Arts in Nice.
He was appointed director of the School of Fine Arts in Toulon, which he directed from 1974 to 1980, and then professor of painting at the Fine Arts School in Paris until 1992.
He regularly exhibited his work in France and abroad.

"The act of painting happens alone and one must never suffer from solitude if one wants to paint. Painting is not a profession, it is a journey that is conducted only in solitude.
François Aubrun's artistic journey is intimately linked to the place where he chose to establish his studio, the Saint-Joseph estate. A spiritual place, a retreat in the heart of nature and a dominant viewpoint on the Sainte-Victoire, which had learned, for the painters who would observe it later, the lesson of Cézanne... 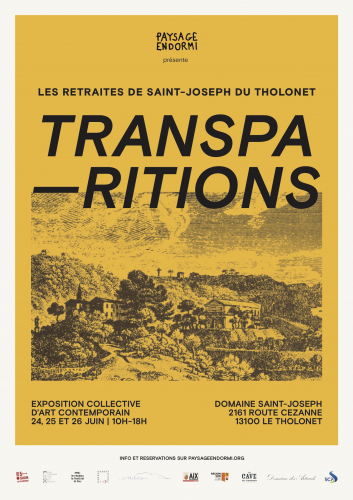