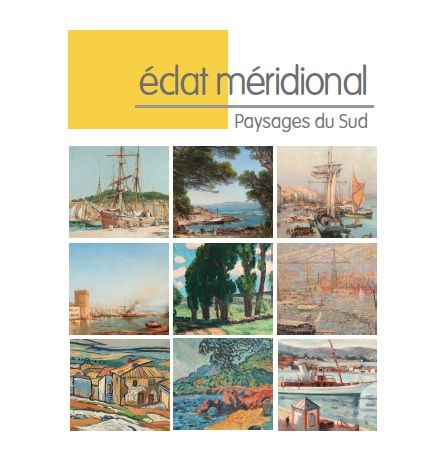 This exhibition and its catalogue offers to discover South landscapes executed by the artists who painted in Provence between the second half of XIXth century and first part of XXth century. First, the XIXth century south "paysagistes" who were, for most of them, under Emile Loubon teaching or influence : Raphaël Ponson, Alfred Casile, Jean-Baptiste Olive, Joseph Garibaldi... Then, the Provencal modern ones : René Seyssaud, Auguste Chabaud, Louis Mathieu Verdilhan, David Dellepiane, Henri Aurrens, who were receptive to some forms of "new" in painting. The gallery also paid interest to the vision of artists interested by meridional light such as Louis Valtat, Charles Camoin or Henri Manguin. This catalogue gathers about fifty works devoted to South of France.