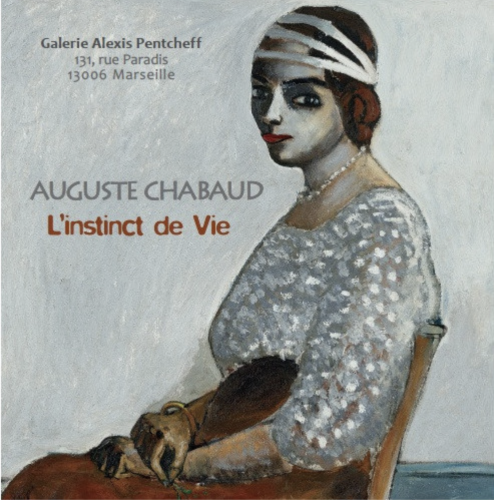 In 2014, the gallery offered a solo show devoted to the provençal painter Auguste Chabaud (1882-1955). More than 80 original works displayed at the walls of the gallery as a testimony of the richness of his work. When he came back from his military service in African colonies at the end of 1906, the young Chabaud moved to Montmartre, where numerous artists were already living and working. He was fascinated by artificial lights of the city, Paris by night was an incredible source of inspiration for the artist, showing bold contrasts and violent colors. Injured during the WWI, he is cured to be sent back on front, which is a vibrant trauma. He finally goes back in Provence, living behind his fiery youth. He will remain with his mother in Graveson,"Mas de Martin", very far from the scenes he observed in Parisian "maisons closes". He starts to pay interest to rural lifestyle. Animals of the farm, peasants and shepherds are now his daily source of inspiration. In Provence, he abandons exuberance for a quest of balanced forces in his painting, facing to the mount of Alpilles. His palette becomes blue, white, black and grey essentially. Chabaud built a sincere, modern and rooted in Provence terroir work.