Marie Donnève is a visual artist. Born in 1978, she lives and works in Aix-en-Provence.

Driven by the question of memory, trace, strangeness of the in-between, Marie Donnève uses a multitude of techniques to give substance to her reflections. Moving between drawing, painting and photography, through the interplay of materials and accidents, her work oscillates and crosses from one series to another.

At the age of 26, after having worked for 3 years in the creation and artistic direction of a contemporary art festival for the city of Saint Raphael, she moved to Paris to devote herself fully to the practice of painting and drawing. She joined Philippe Comar's morphology course at the Beaux-Arts de Paris, then Gonzalo Belmonte's workshop in Paris Glacière. Always in search of new forms of expression, she participates in various workshops with artists like Raoul Hébreard or Sophie Menuet.

In 2017 and 2018, Marie Donnève was selected and then nominated for the dʼElstir gateway to Art competition at the Cultural Center of Saint Raphael, which led her to integrate, in the same city, the Topic Gallery. She exhibited several times between 2014 and 2020, during Salons, with galleries in France and abroad and in institutions and museums. Marie Donnève questions and clears her lifelong obsessions, places, bodies, objects inhabited by their "ghosts" and the possibility of another reality. 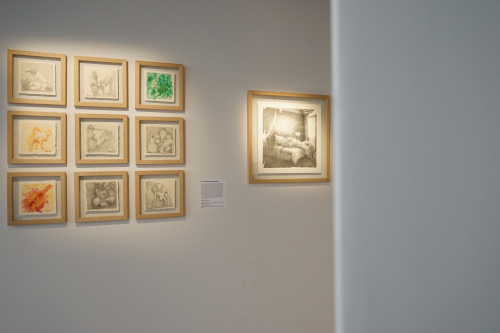