From fashion design to advertising, Rene Gruau's work is characterized by its line, framing, and layout inherited from the first poster artists of the beginning of the century, such as Toulouse-Lautrec. Elegance is also prominent in this friend of Dior's work, who was ubiquitous in the field of fashion for nearly sixty years. In 2016, the gallery offered to discover his virtuoso and timeless creations in an exceptional exhibition gathering more than 150 original works: fashion drawings, advertising projects, illustrations.

If his collaboration with the house of Christian Dior, from the late 1940s, brought him international recognition, René Gruau also created many other advertising campaigns in the fields of perfume, fashion or cosmetics, travel, luxury, constantly reinventing the French elegance. Among them, those of the brands Rouge Baiser, Bemberg, Blizzand, Eminence... and many others, including the promotion of the Parisian cabarets Le Moulin Rouge and Le Lido.
His dynamic graphic design is inspired by the poster artists of the beginning of the century, who themselves drank from the sources of the Japanese style diffused by Samuel Bing in the Paris of Toulouse-Lautrec.
Gruau's work is infinitely rich, his sovereign line accompanies the representation of women over more than sixty years. Witness of his time, Gruau has also visually marked several generations by his work, timeless. 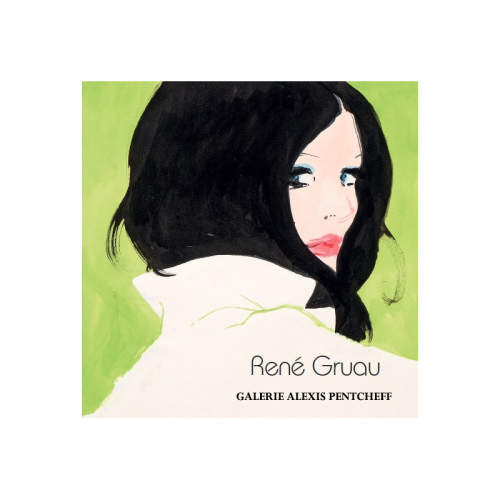